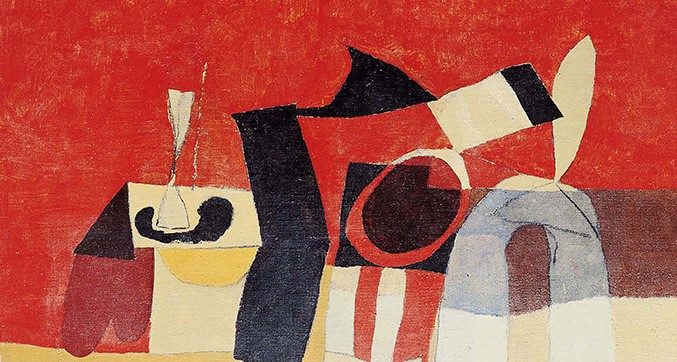 Alberto Clô introduces the contents of the new issue of ENERGIA: “Scarcity, innovation and transition”; “A bizarre strategy, at least”; “How did we get there, and where are we going”.

Analysing long-term dynamics, it is possible to find that the scarcity of natural resources and raw materials has contributed to generating innovation and techno-scientific progress in industrialised economies. Just think at research aimed at achieving higher levels of efficiency in an industrial transformation process, saving inputs, or reducing waste when raw material is not abundant. Through cycles of revolution and innovation, this mechanism has loosened the antagonism between resource scarcity and commodity producibility, transforming it into synergy. However, the time and costs of the transition from the theoretical to the applied field cannot turn innovation into a factor of certainty in terms of time and mode. For this, supranational Institutions should provide more attention to the issue of resources, which also need concrete and lasting political support.

There are some critical – and therefore largely neglected – steps in the path towards a sustainable and energy abundant future, capable of satisfying the interconnected needs of humanity’s well-being and the health of the biosphere. Abandoning fossil fuels – before low-carbon resources can credibly replace – them risks destabilizing the energy-food-water-well-being nexus which, if disturbed, can delay the energy transition for decades.

Can We Please Stop Talking about Energy Independence? (pp. 24-26)
Daniel Raimi (Resources for the Future)

To counter the effects of rising oil prices, the Biden Administration has articulated the need for the United States to become energy independent. This ambition regularly returns during energy crisis, even if it is wrong. This article demonstrates that as long as a country participates in the global economy and enjoys the benefits that come with access to low-cost minerals, metals, and fuels produced abroad, it cannot (and should not) seek independence from the global energy system.

The Italian dependence on Russian gas between economics and politics (pp. 28-36)
Alberto Clô (editor-in-chief of «Energia»)

After decades of complete neglect, the energy security issue has once again become a political priority for the West. Lacking internal resources and without pursuing an energy diversification policy, Italy mainly depends on a single country, first the USSR and then Russia. Since Vladimir Putin’s rise to power, Moscow aims to become an «energy superpower» and to keep the Ukrainian question separate from international economic relations. In order to understand the significance of a forward-looking energy policy – and not just in times of crisis – this article traces the history of Russian energy from the Italian point of view. So, the piece argues that the Italian outstanding dependency on Russian gas is identifiable, other than for necessity, with our infamous choices from the past which have hindered ourselves to limit the same burgeoning dependency.

The US and the Ukrainian crisis (pp. 38-41)
Gaetano Di Tommaso (Roosevelt Institute for American Studies)

The bigger the crisis, the bigger the opportunity. Although the conflict was evidently not instigated by the Biden administration, it did allow for the consolidation of the Atlantic Alliance and the redefinition of US international leadership, lost (in fact, abandoned) in recent years. The high level of spending in foreign aid already reached in May testifies to Washington’s involvement in a proxy war with Moscow. But the major investment in the Ukrainian war has the second goal of serving as a warning to other Washington strategic antagonists, China in the first place.

Amid rising geopolitical turbulence, originated in the Sino-American competition and accelerated by the ongoing Russia-Ukraine conflict, Beijing aims to refocus its political and economic priorities in view of the 20th Congress of the CCP. Looking for an historic third mandate, Xi Jinping and the Chinese Politburo are facing an unprecedented volatility of the international markets, which makes even more strategic the energy partnership with energy producers, including Russia. On the other hand, the pandemic, paired with a weakening of the domestic economy, is forcing the government to take new initiatives, reviving the centrality of energy security for the country’s future.

After years of relative marginalization, natural gas is back at the centre of the debate in Europe. In addition to the decarbonisation goals, the European Commission and the Member States rediscovered their energy security needs. The development of EastMed-Poseidon fits in this context. The project has already been recognised as Common Interest for the Union, and represents to date the only mature infrastructure in line with national and European regulations that, in a few years, could ensure dedicated supplies to Europe and then transport decarbonised molecules thanks to its hydrogen readiness.

The electricity price crisis in the European Union raises a serious question about the validity of the current market design. This article proposes a new organizational model compatible with European rules, an option open to Member States. It allows to ensure competition on the wholesale and retail markets, while preserving the economic integration of the systems through spot markets and market couplings. This alternative design not only meets consumers’ need for price stability, but also the need to invest in capital-intensive technologies for the low-carbon transition.

Thanks to the use of COMESE, a code developed at the RFX Consortium in Padua for the hourly simulation of an electrical system, the article proposes six scenarios for achieving the net-zero goal in Italy, indicating for each a Levelized Cost of Timely Electricity, a parameter of the entire electrical system that represents the average annual cost of a kWh actually allocated to loads at the time of demand, taking into account the costs of all the necessary technologies to ensure the availability of electrical power in the required quantity at all hours of the year. When electrical generation is mainly based on variable sources, the classic LCOE of individual technologies is not enough to assess the cost of the system.

A proposal for an appropriate conversion of the automotive industry (pp. 64-69)
G.B. Zorzoli (AIEE and «Energia» Scientific Committee)

The factors leading European car manufacturers to develop electric cars are considered along with those that caused the crisis of Fiat and the following merger with Chrysler in FCA, whose financial recovery did not leave enough money to be invested in the development of electric cars. To catch up, FCA negotiated a marger with PSA. However, in spite of FCA greater economic size, in Stellantis the top executive is actually Tavares, a former PSA manager. Since the perspectives of the Italian car supply chain, with 20% of its production exported to Germany, will depend on decisions by foreign car manufacturers, the Italian government cannot further delay the launch of a car plan, so as to be able to negotiate with EU for funding the production conversion of the car supply chain and its timing with car manufacturers producing in Italy.

Energy represents the main cost of the integrated water service management: making electricity consumption more efficient while promoting renewable solutions means reducing the overall demand for gas and, in perspective, the tariffs that the citizens pay for water services. To catch the opportunities the PNRR gives to protect territories and water resources, an adequate governance is needed throughout the country. Indeed, delays in the management structure penalize industrial management capable of making investments adequate to the ambitions of improving services in terms of sustainability and circularity.

Here you can find the complete Italian index